What is Emotional Intelligence? And What’s Missing? 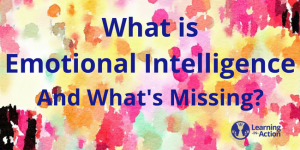 I have a love/hate relationship of sorts with Emotional Intelligence. In 1995, my boss at the time suggested I read the recently released book by Daniel Goleman as part of my development. Â She didnât mean it in a casual âthis is a book you might enjoyâ kind of way, but more of a âif you donât figure this out, youâll never be successfulâ kind of way. Hmmm.

One of the reasons I purchased Learning in Action a few years ago was because there seemed to be no end to the depth of the space we call Emotional Intelligence. Â Itâs a rich, complex topic with so many angles into it.

This post is a bit on the dry side. Â And iItâs intended to help you and your coaching clients better understand the origin of Emotional Intelligence, how it has been defined, the limitations of some of those definitions and how the definition we use really matters if what we are wanting is to be more successful in life and in business.Â

A Brief History of Emotional Intelligence

Emotional intelligence (EI) is defined differently by different people. In fact, authors Gerald Matthews, Moshe Zeidner and Richard D. Roberts wrote in their 2004 book on the topic, âEI may be the most protean of all known psychological constructs.â David Caruso, Research Affiliate at the Yale Center for Emotional Intelligence, called EI a conceptual inkblot.

Controversy over the definition, construction and measurement of EI is embedded in its history.

While some of the ideas and concepts underpinning EI have been around since as early as 1920, the term emotional intelligence is more recent.

In the 20-plus years since the publication of Golemanâs book, hundreds of books and thousands of articles have been written on EI and related topics. And a great deal of controversy has sprung up, about both the definition and the measurement of EI. (Weâll tackle the controversy about measurement in a future post.)

Controversy about the Definition of EI

Following are some of the definitions of EI that have been offered over the years and later amendments:

We, at Learning in Action, align with much of that general definition. However, we see it as incomplete.

Whatâs Missing in Definitions of EI 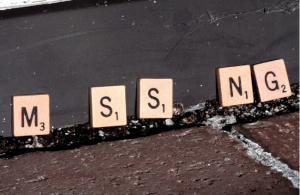 For the last 20-plus years, the colloquial use of the term emotional intelligence has been shorthand for âgood with people.â The most emotional intelligent person in a heated room would be the one who was most able to stay present, calm and focused on the topic at hand, while staying connected with both themselves and others. If you buy into this shorthand, even a little, clearly, thereâs more going on than Â simply being able to make sense of oneâs own emotions and those of others.

From our perspective, several core capacities that are elemental to emotional intelligence are missing from the above definitions. For example, navigating challenging interpersonal terrain requires:

Our definition of EI is inspired and informed by the field of interpersonal neurobiology. Thus, our approach to defining and measuring EI is based upon science, but not constrained by it. Â

We define emotional intelligence as the ability to recognize, understand and rely equally on all dimensions of our internal experience (our thoughts, wants and feelings, not simply our emotions) and the internal experience of others, to accept and be present in the moment with who and what is, and to stay connected with and separate from others in order to navigate wisely the challenges of interpersonal relationships.

The theoretical underpinnings of our approach to EI recognize the ways in which we are all shaped by the relationships and experiences in our lives, not only metaphorically, but neurobiologically. How we are shaped impacts how we see, think, feel and experience ourselves, others and the world around us.Â Â

The end result of that shaping becomes our default experience – our patterns of thinking, feeling, wanting and focusing – that become the non-conscious backdrop to our lives and relationships. Only by becoming aware of how weâve been shaped in ways we canât see, are we able to become emotionally intelligent. (That is the awareness created by the EQ Profile).

The inner capacities that make up emotional intelligence can be developed once we are aware of them.Â 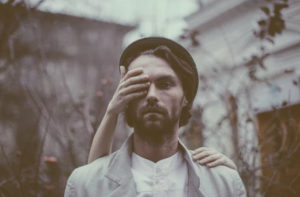 Our core purpose at Learning in Action is to create greater awareness that leads to more choice and better relationships. Only by being aware of our default experience can we know what we are bringing into any challenging interpersonal situation.

Once we are aware of our non-conscious defaults – our patterns of thinking, feeling and wanting that have been shaped over the course of a lifetime – then (and only then) can we exercise more choice over who and how we want to be in relationship, and to create the relationships that we are proud of.

What about you? Â How do you define and measure emotional intelligence? Has it changed over time? How so, and why?