Can You Coach Empathy? (Part 2) 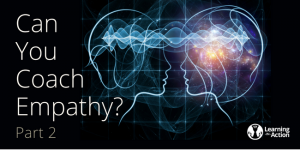 Bill showed up to our coaching session saying that he’d like to talk about a conversation he’d had with his business partner, Ted. He was uncomfortable with the implications of what Ted had said and wanted to process it with me. And it turned into a fortuitous opportunity to coach Bill on empathy.Â If you recall fromÂ Part 1Â of this two-part blog, Bill thought was he empathetic. He wasn’t asking for coaching on empathy, didn’t bring relationship challenges to coaching, and lack of empathy didn’t show up in his 360. However, his direct reports would describe to me conversations with Bill that demonstrated a lack of empathy. So the presenting coaching challenge for me was, “How do I coach someone to be more empathetic who isn’t asking to be more empathetic, isn’t demonstrating lack of empathy in our coaching sessions, and believes he is quite empathetic, with no evidence to the contrary?” Bill had unknowingly given me my opening.

Empathy in the Workplace

Empathy is given a bad wrap – though maybe not like you think. In writing this blog, I performed some fairly extensive research on empathy and how to increase it. I found that, paradoxically, while numerous studies referÂ to how much more effective empathetic leaders are than their unempathetic counterparts, few of the practices for increasing empathy were presented in a work context, and little consideration was given to what makes being empathetic in a work environment difficult.Â Most of what’s written about increasing empathy is presented in generalities and without context. As if empathy is something you use only in your free time and in your non-work relationships. Or as if you can do empathy on your own, like exercise, without involving anyone else. As if it’s a mindset that you develop without an application to people you know and work with.Empathy is best practiced with people we know and work with. Wait, what?! Yes, I believe that it’s when we are employed in a joint activity with a common goal that we learn what it means to be empathetic and connected in relationship. Not in a romantic sense. (Why is it whenever you use the word ârelationship,â it’s assumed to be romantic?!) Work provides us the opportunity to learn about ourselves, connect with and grow in relationship with others. Work is an ideal space in which to practice empathy, not just when it’s easy, with our friends and family and when everything’s going great, but with our co-workers (relationships we may not have chosen) and in challenging situations.

Feeling Instead of Fixing 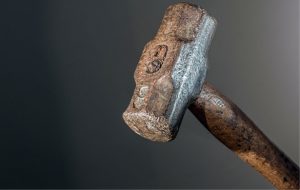 Bill was definitely presented with a challenging situation during his conversation with Ted. Ted had told Bill that he was uncomfortable with how his compensation was turning out. He had expected to be making more, but the company’s performance wasn’t supporting it. Ted wasn’t complaining or making an issue of it or asking for anything. He was simply sharing his experience of his situation.

After Bill shared with me his conversation with Ted, I jumped on the opportunity to coach him on his empathy and asked, “Would you be open to exploring the role that empathy might play in this?” and like all coachable clients, he said, “Yes.” YAY!

I asked Bill, “What was your experience of that conversation?” (At this point in our relationship, Bill knows I’m asking what the conversation triggered within him regarding thinking, feeling and wanting. Check out theÂ EQ Profile instrumentÂ for more on these triggers and how they show up for you.) Bill replied, “I felt sad and worried and responsible. And then I wanted to fix it. Maybe I should offer him more money.”

Bill’s response is common. It’s a work situation. A problem was presented. And problems are situations to be fixed, right? Not always. And not nearly as often as you might think. Sometimes just empathizing – and empathizing alone – provides what’s needed in these situations. Regardless, empathizing has the effect of moving the situation / conversation forward.

Sometimes people present a situation (like Ted did), not for it to be solved, but to feel less alone with it. To share it. To connect with someone else over it. Leaders need to know thatÂ not every situation presented to them (at work or at home) needs fixing.Â Sometimes it simply needs feeling. Feeling with the other person.

When Empathy is Obstructed

It’s easy to be empathetic with coworkers when say they have been passed over for a promotion, or they are sick, or they are feeling overwhelmed by their workload. We’ve all been in those situations; we can relate. We can feel with them. We can be empathetic.

Bill’s sadness, worry and feeling of responsibility for the situation with Ted were in conflict with his empathizing with him. Instead of acknowledging how challenging the situation must be for Ted, he focused on his own thoughts and feelings. He didnât respond much, and he left Tedâs conversation with the sense that he needed to figure out a way to fix the situation.

Knowing When Empathy Is Needed

I asked Bill, “Why do you think Ted told you what he did?” Bill: “I don’t know. I guess just to let me know. I’m not sure what else.” Me: “Just to let you know what?” Bill: “I guess to let me know â¦..his situation?” Me: “Whatâs the chance that Ted wanted you to know not only the situation, but also how he felt and thought about it?” Bill: “Yeah, I guess so.” Me: “And do you know how he feels and thinks about it, really?” Bill: “No, not really.”

Billâs own experience triggered him to focus on his own responsibility for the situation, and to go into fix it mode. He missed the cues that Ted was giving him, no doubt, about how he was feeling and thinking about the situation.

The Secret Weapon of Empathy – Information

Ignore for a moment all that touchy-feely stuff about connecting and all that science behind the effectiveness of empathy. And consider this: Empathy provides you with a source of information about the situation that nothing else does. 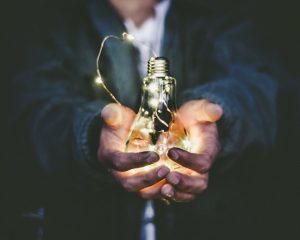 There is critical information for Bill in what Ted is feeling and thinking, and that Ted might not be saying. Ted may be feeling skeptical about the future of the company, and heâs signaling to Bill that things had better improve. Ted may be feeling disappointed and regretful that he didnât negotiate his compensation better. Ted may be angry that he was duped by Bill. And each one of those feelings provides Bill with unique and different information. But Bill didnât get the message. He didnât empathize. His mind rushed to fix it.

So, how does one demonstrate empathy in the workplace? Funny you should ask. We created the followingÂ Practices for Demonstrating Empathy in the WorkplaceÂ for you to share with your clients, whether they are super empathetic already and want to improve even more, or if they could use an empathy workout. These practices will be beneficial for leaders at all levels, with all degrees of empathy.