When the Coach Gets Stuck 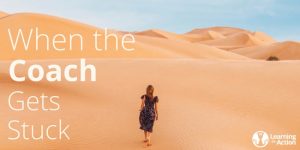 Weâve all read a lot about what to do when a client gets stuck and how to get them unstuck. (Iâve written/spoken on theÂ topicÂ myself.) But I havenât read much, anything actually, on what to do when the coach gets stuck.Just as when the client gets stuck, itâs about the client, so, too, when the coach gets stuck, itâs about the coach. I get that. And it doesnât necessarily keep me from getting stuck sometimes.Do you get stuck? If so, read on. I hope reading about some of the ways that I get stuck will help you to reflect on your own work.If not, consider the possibility that believing you donât get stuck is how you might be stuck.What?! No way! Coaching is about the client, the clientâs agenda, the coaching process. Whatâs there for the coach to get stuck on?Â Iâd be right there with youâ¦. if we coaches werenât human. But we are. As long as we are,Â we will impact the coachingÂ in ways we are aware, and in ways we are not.And thatâs simply another way of saying that we all get stuck, knowingly or not, because we are all human. So, read on, if you will, and consider what comes up for you.

Wanting Something Different For My Clients Than They Want For Themselves

I worked with Ginny for three years. She wanted a business coach to help her think through some of the issues and opportunities presented by her business. Â (Just like most coaches who make a living coaching people who arenât coaches, I employ a blend of both coaching and consulting.)I would regularly provide Ginny with strategic models and frameworks as a means to inspire exploration of a clear strategy for her business. She wasnât interested. I would mirror that and ask what was important. Sheâd agree that strategy was important, and then sheâd take the conversation to something else. (Of course, Iâd mirror that and so on.)Ends up, she was more interested in talking about people issues, business development challenges and culture issues than about strategy. So thatâs what we worked on. And I felt stuck. 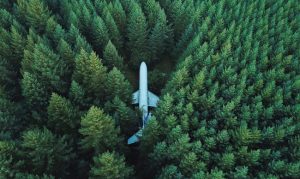 I felt like I was failing Ginny. I believe fervently that the single most important aspect of any single business is that it embodies a clear compelling strategy. Why couldnât I help her understand how important strategy is?Then, upon reflection, I realized that I had to meet Ginny where she was and accept her and work with her from there. Â Â Â Strategy was my agenda and not hers. Â Ginny never really did increase her interest in strategy, but I stopped feeling like I was letting her down.My not accepting Ginny where she was, was a proxy for my not accepting myself where I was. Iâm still working on that one. Itâs a work in progress.

Bill and I have worked together for about four years. Many of our coaching conversations have a circular feel to them. Weâll start out talking about something he wants for his business. By the end of most sessions, heâs talked himself out of every possibility weâve explored.And yes, Iâve mirrored that to him, and yes, he knows heâs pessimistic. He can tell me the 37 reasons why he is, and why he prefers to stay that way. Â (By the way, his natural pessimism serves him quite well in his risk management business). Â Further, Bill spends an extraordinary amount of time in our sessions venting about whatâs stressing him about his business. And heâs extremely stressed. I mirror that, explore his stress, what he can do to de-stress, and redirect back to what he wants to accomplish for the session.At the end of most sessions, Iâll ask him what heâs taking away or what value he got from the session. Usually, he canât name much. Ugh.I have left most sessions with him feeling stuck. And again, feeling like a complete failure as a coach. (Detecting a theme yet? 😅) 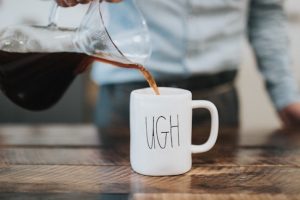 I recently addressed all of this with Bill by saying, âI get the sense that you arenât getting much value from our work together. I donât want to be wasting your time and your money anymore.âÂ Bill said, âAlison, thereâs really no one else I can talk to about this stuff. My wife is tired of it, and I canât talk with my team about it. Itâs too sensitive. I realize that it seems like Iâm not making progress. But sometimes progress is slow. Hearing myself talk about this stuff and having the chance to vent helps keep me sane, and begin to move through it. I really need that!âI realized that I had a judgment about the value a client âshouldâ get from coaching: deepening their learning, forwarding their action. Â Thatâs what a client âshouldâ get, right? If thatâs not happening, we assume the client isnât getting value. Or, even more ominously, what we are doing isnât coaching.Â I now know that the value every client gets from the work we do is different. And itâs not for me to judge.Sure, some people may say what Iâm doing isnât coaching. Thatâs ok with me. As long as Iâm helping, easing the pain, relieving the very real sense of loneliness and hopelessness that sometimes accompanies entrepreneurship (and for that matter, humanship), thatâs enough for me.

In the Middle of The Unspoken Conversation Between Clients

Occasionally, I coach my clientâs direct reports. If youâve done it, you know it comes with its own unique set of challenges.I worked with Debbie about six months. Most every coaching session centered on her relationship with her boss, Jim, who is also my client.Debbie was in a constant state of overwhelm, working long hours, juggling a multitude of projects, saying yes to everything Jim asked of her. She felt overworked, unappreciated and intermittently micromanaged.Â Over those six months, our coaching sessions focused on the choices Debbie was making, how her choices were serving her, her fear of addressing the issue with Jim, what was under that fear, and, of course, what she wanted and what she was going to do.During the six months, buoyed by our work, sheâd had small conversations on tactical topics with Jim that sheâd never had before. But she kept postponing the larger conversation about boundaries, role definition, scope and authority.She was still too afraid and too certain that it wouldnât go well. So it stayed front and center in our work.Then, during a coaching session with Jim, he started talking about how Debbie wasnât getting things done on time, how she didnât know how to prioritize, and how she was such a disappointment. I could feel myself getting angry. I was feeling protective of Debbie. And I felt stuck. But not for long.Â Within hours, I determined that I was not going to continue to put myself in that position. Â I wasnât serving either client well. I had to be honest with myself about what I could bracket* and what I couldnât. Â My belief in and support of my clients, all of them, is not something I can easily turn on and off. 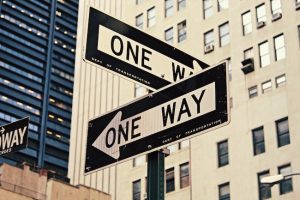 For better or worse, right or wrong, in my next coaching session with Debbie, I said, âWeâve been working for months now on what you want from your job and from Jim, and you havenât had that conversation yet. That unspoken conversation is affecting my relationship with Jim, and I donât want to be in that position any more. Iâve enjoyed working with you and want to continue. And I donât feel I can if you donât have that conversation with Jim.â She said she understood. We talked about next steps and how I could support her.Â Iâm still not sure I did the right thing. Some would say the right thing is not to have put myself in that situation. Maybe so. My clients and I have had different, equally challenging experiences when a different coach works with their direct reports. The right thing to do in situations like this isnât always clear, at least not to me.Â

Yes, coaching comes with a rule book (if you subscribe to ICF principles), but when nearly every coach I know and trust doesnât follow the book, what are the rules? Maybe if I followed all the rules in the book, I wouldnât be stuck. But, I donât believe everything in the book, so how can I follow it scrupulously?Â I donât know that Iâve handled these situations rightly or well. I simply know I was stuck and needed to get unstuck. Because as long as Iâm stuck, Iâm not helping my client.Â Do you get stuck? Have you gotten stuck and then gotten unstuck? Â What rules do you follow? Share with us the what and the how of your experiences.

Note: So as to maintain a safe environment, youâll be asked to be approved first. Weâll try to get to you right away so you can quickly join in the conversation.

Alison WhitmirePresidentÂ | Learning In Action* Bracketing refers to the coachâs ability to detach from their thinking, feeling, wanting about anything not germane to coaching the client in front of them.

P.S. Our 2018 training calendar is now set! Check out the entireÂ course catalog.