This article was originally published in November 2016 and updated on October 20, 2020.

However, after 15 plus years of coaching, Iâm realizing how much I didnât learn about coaching in either of the two certified coaching programs I completed.

While I really could write a whole book about what I didnât learn about coaching in school, Iâm focusing this article on four key insights Iâve gained from thousands of coaching hours, much of which has felt like trial and error. Iâm hoping these four key concepts that most coaching schools donât emphasize will help make your learning curve steeper than mine was!

END_OF_DOCUMENT_TOKEN_TO_BE_REPLACED 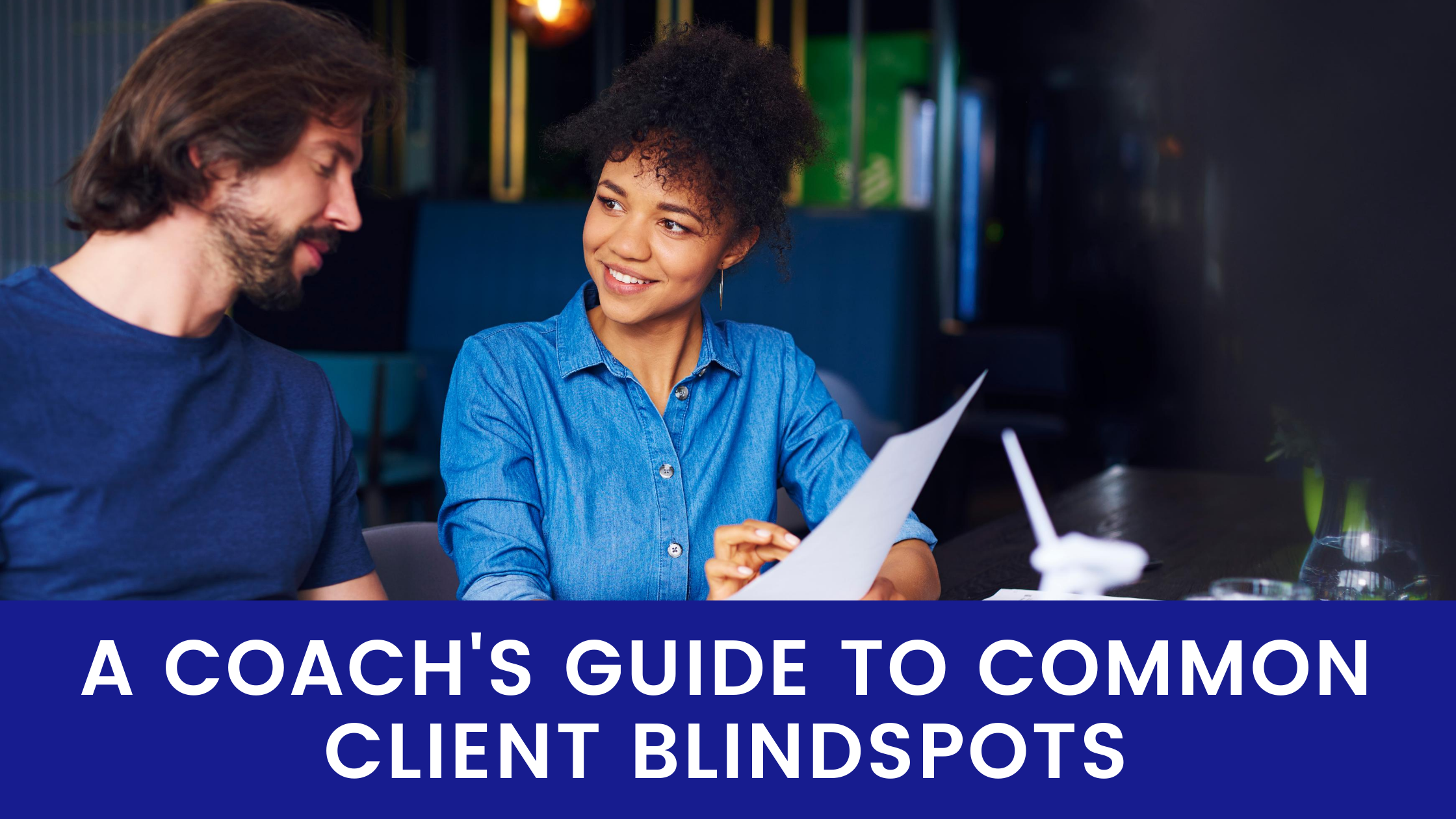 Our clients typically canât see whatâs getting in the way of their change. The obstacle to their growth is so ingrained, so conflated with the frame and lens through which they see others, themselves and the world, that they canât see it. Itâs in their blindspot.

After thousands of coaching sessions working with hundreds of clients, Iâve learned to spot a few common blindspots that create obstacles to a clientâs growth. It was only after seeing these blindspots over and over through the lens of attachment theory and relational intelligence, that I began to see some obvious patterns emerge.Â

Here are three of the most common client blindspots:

END_OF_DOCUMENT_TOKEN_TO_BE_REPLACED

Common Coaching BlindSpots: What You Need to Know 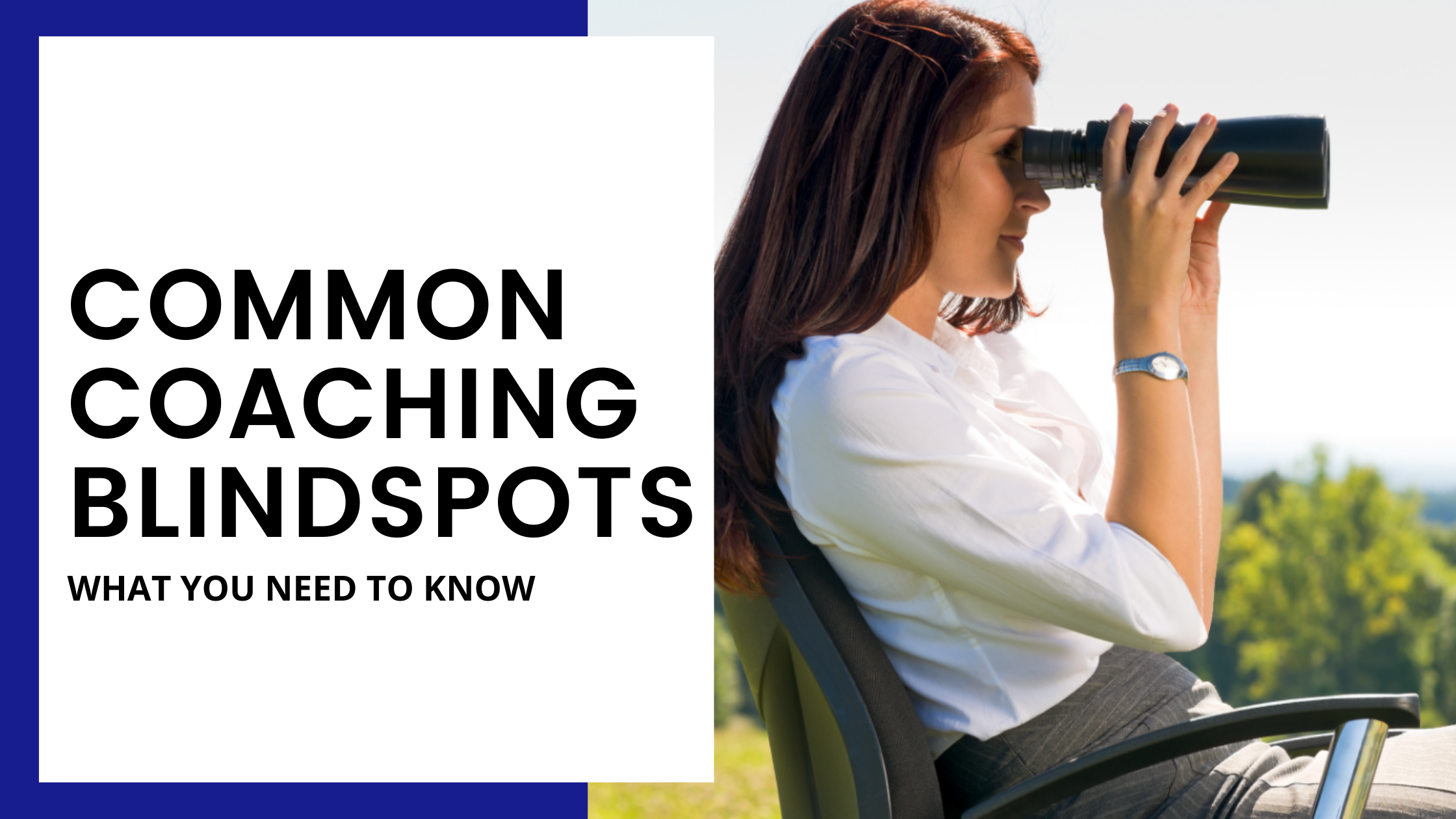 We all have blindspots. Even us coaches. Itâs part of how we humans have learned to survive â narrowing down what we focus on, labeling our experience to reduce energy drain, projecting our past onto the present to increase predictability.Â  Itâs normal.

Part of our role as coaches is to be doing our own work constantly – identifying our own blindspots, understanding our habituated patterns, expanding whatâs above the line and shrinking whatâs below the line of our conscious awareness. We do this work in coach training. We do this so that our blindspots, our patterns, our conditioning donât get in the way of our coaching.Â Â

And yet, they do. We canât rid ourselves of all of our blindspots. Because weâre human. All we can do is to keep looking for them.Â

After having worked with and trained coaches for many years, weâve identified three common coaching blindspots â coaching choices made by coaches that reflect the patterning of the coach and negatively impact the coaching. END_OF_DOCUMENT_TOKEN_TO_BE_REPLACED

âThe idea that you would stop a meeting and have [the team] observe themselves â¦ is pretty shocking at first. It drives a sense of curiosity through self-observation that has the client want to experiment with whatâs possible. What could we do? Then realize that they actually have their own solutions.â

What is team coaching and how does it compare with other areas of team development? Alison Whitmire of Learning in Action delves into the heart of the team coaching framework with her guest, Alexander Caillet, CEO of Corentus and faculty member of Georgetown Universityâs Institute for Transformational Leadership.

Caillet is âa true pioneer in this field of team coaching. Heâs worked with more than 120 teams in over 30 countries for over the last 22 years,â observing and finding ways to create a framework to continue refining and improving the process.

Where Coaching Fits Into Team Development

Coaches and consultants work with teams in a variety of modalities. Caillet differentiates four of them by the professionalâs involvement and the context of the interactions.

END_OF_DOCUMENT_TOKEN_TO_BE_REPLACED

5 Sojourners of a Meditation Journey 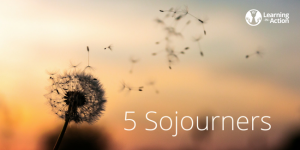 For years, I dallied with meditation, starting and stopping many times, struggling to build a habit.Â  At one point, I even tried my first attempt with a Meditation Teacher Training to kick-start my practice.Â  But, for a variety of reasons, that was a bust too.Â

The feedback provided by Muse made me curious about what was occurring within me during meditation and how that was affecting my brain.Â  I started journaling after each meditative session, indulging my curiosity, hypothesizing about what aspects of my internal experience were arising to impact my brain activity. Â  Thatâs when I began to discern distinct parts of me.

Over time, I noticed that five unique aspects of myself were showing up consistently on my meditation journey and they each had a different impact on my brain activity.Â  I began to refer to them as the Five Sojourners.